I offer two theater shows that can be customized to audiences from Children to Seniors. 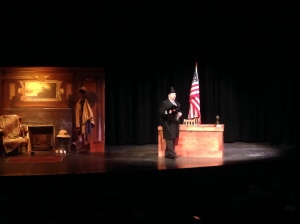 Roosevelt! – Can be 1 hour with no intermission or 90 minute show with an intermission.  The one person show features stories of Roosevelt from his own perspective and features a 3 segment set

This highly entertaining program brings Roosevelt alive in a way that is memorable and engaging, bringing audiences to the places that influenced our 26th President.

Roosevelt v. Roosevelt – Coming the Fall of 2017.  This a one hour show features Theodore and Franklin Roosevelt in a friendly debate, with many of the family secrets spilled as two try to determine who was the more influential leader.  Features your local dignitary or community leader as the moderator, giving your own community a great spotlight as well! 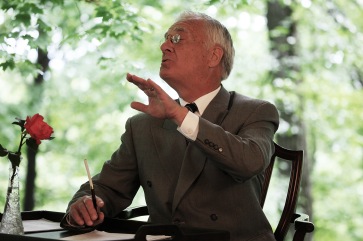